25 Years of Inspiration: Super Bock pays homage to Music in a new campaign.

History of five generations of Portuguese hip hop in the last 25 years in Super Bock film. Biopic style is first introduced in advertising campaign in Portugal.

Black Company, Mind Da Gap, Capicua, Slow J and Estraka joined the Super Bock to star in a movie honoring Music. It premieres today and tells the story of Portuguese Hip Hop in the last 25 years, lived in the first person and represents the legacy of the artists, their experiences and emotions in each concert and the authentic friendship stories that arise in this context. “25 Years of Inspiration” is the name of the new Super Bock Group beer brand campaign that uses images based on real facts to portray the evolution of Music in Portugal in the last 25 years and the career of artists in different generations as well as its creative process and inspiration for today’s great successes. The style of the film is biopic, a close-up approach to the film record, used for the first time in an advertising campaign. Super Bock is thus the first brand in Portugal to bring this style of film to the small screen. As a tribute to Music, this film follows the creative process of Black Company, Mind Da Gap, Capicua or Slow J, the beginning of songs that are undeniable successes today. The recordings of the new campaign were in the exact places where these songs were created, for example, in the café Avis, where Capicua used to compose their songs. Already Slow J shared with Super Bock all his creative process in which he even went to sleep on the floor of the studio where he recorded. Mind Da Gap are from the North, so the images of Porto and Vila Nova de Gaia are not strange in “25 years of Inspiration”. For this same reason, Super Bock chose to film the members of the band Ace and Presto, next to the parking lot of the “General Torres” train station (Vila Nova de Gaia) where you can see the word “Gaiolin” in the final scene of the movie . This term, invented by Mind Da Gap, is a fusion of the words “Gaia” and “Shaolin” that represents the culture of graffiti, Music and dancers. Today is the debut of this film, an innovative and engaging communication that also includes outdoor advertising with images associated with Music. The 45 ‘second spot will be broadcasted from tonight, on the general and cable channels and also on the cinema, with a wider version with 7 minutes available on the brand’s digital platforms, namely on the site at https: / /www.superbock.pt/en/musica/, where there will also be special content from Black Company, Mind Da Gap, Capicua, Slow J and Estraka. The Office is the agency responsible for the creative and conceptual development of this campaign. Ministério Dos Filmes gave form to the script and it was up to the producer Alberto Rodrigues and the director José Pedro Sousa to assure the most recent production of the brand, in a differentiating way and with an engaging approach. Super Bock places the new campaign in the context of Music, keeping the character close and promoting the best brewing experience, associated with moments between friends and the best environments and sonorities. Statement by Bruno Albuquerque, Director of Marketing Beers of the Super Bock Group. “Super Bock has a strong tradition of supporting music in Portugal through innovative projects, standing by the artists, but also providing unique consumer experiences. We build a unique legacy, we are official sponsors of Super Bock Super Rock and we are present at the major music events that take place throughout the year, from north to south of the country. In 2019 we want to make this association even more transversal to the brand’s performance in all its dimensions, including communication. In fact, it is undeniable that it is the artists who, in general, are a source of inspiration for other artists and for all those who enjoy Music, after all, we are all going to drink somewhere. This is especially a tribute to music, in this case focusing on the evolution of hip hop, and a clear reinforcement of our commitment in this territory. ” Curiosities of the new production of Super Bock in Music: More than 300 people involved, between actors and extras. More than 3000 km traveled and about 30 different cars used, in trips between Lisbon and Porto for the recordings of the new campaign. Between 300 and 600 meals were served in Lisbon and Porto. During the process of preparation and research for “Inspiração”, several witnesses who contributed to the construction of the film mentioned the “Comix” bar in Porto, as the cradle of Portuguese hip hop, where the great names of this style of music passed. bar no longer exists. However, the former owner, “Rodas” has another bar, the “Barracuda roque club” where the “Comix” was recreated and where some scenes of the film take place. All places were chosen and personally talked between the director and the artists so that all production was as close to reality as possible. The new Super Bock movie features the special participation of radio broadcaster José Mariño, the great promoter of the Hip Hop movement in Portugal in the 90s and who offered his voice to the soundtrack of this film when he introduced the theme “Piu Piu Piu” Mind Of The Gap. 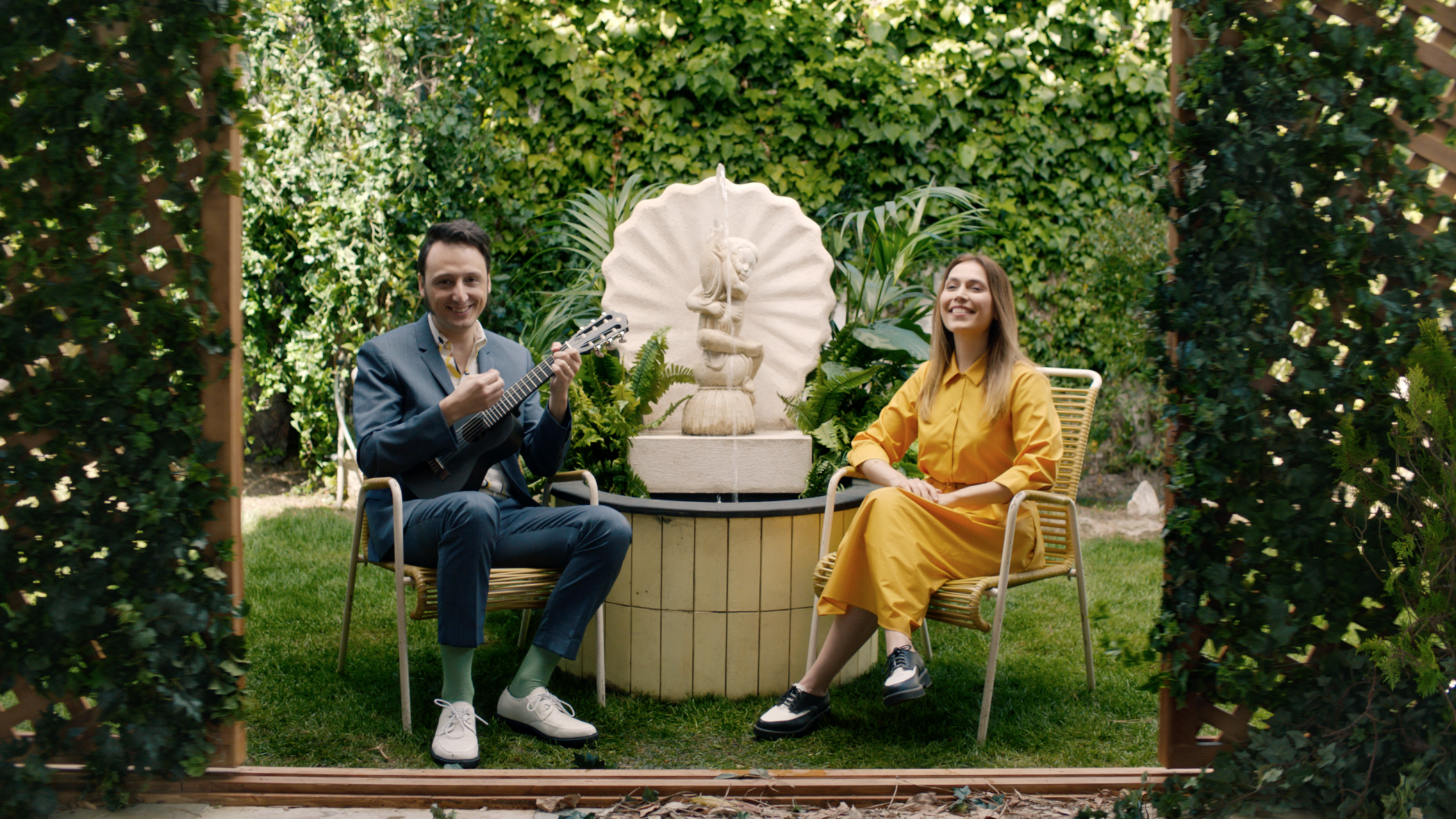