During the state of emergency, I often wondered what I could do to fight this pandemic. What role could images play in this collective movement to prevent and fight this plague. Despite not being on the front line, it seemed to me that we all had a place in this battle.

One day, during this quarantine, I was at home with my children, returned from the interruption of my feature film in England, Rui Horta called me and asked me to create a pro bono campaign that would help those who work and care for older people: “they are more than 2 Million” he said. Later he sent me a text with the messages that he thought was urgent to be passed on to everyone and said to me “this film has to be made, people are dying for lack of information”.

For more than three weeks, with the help of many friends, my parents, my children, the families of ADECO and others, we made this collective film that will forever remain in our memory as our contribution to the fight against this plague. The memory of this uncertain time that makes us uneasy!

This kind of collective home movie, made with the help and talent of many who realized the importance and urgency of doing this project.

Later, Jorge Palma joined this movement and created a new version of “A Gente Vai Continuar” on his home piano, looking at the images in the film. Inspired by the disturbing moment we live in, this is for me the most beautiful version of this song – a hymn to the time we live and to what is approaching on the horizon.

As a rule, I am opposed to offering work, especially in times of crisis like this when the arts and film in particular are experiencing difficult times. But this campaign, made in a partnership between O ESPAÇO DO TEMPO and MINISTÉRIO DOS FILMES is not the rule, it is the exception – there is work that is done to be given.

Now it’s time to look ahead … WHILE THERE IS A ROAD TO WALK, PEOPLE WILL CONTINUE.

– Rui Horta for having the idea for this campaign and choosing me for this battle.

– To Ricardo Adolfo and Bruno Nogueira who helped me to think about this film.

– To my Rita Quelhas who shared the entire creation process with me and created the graphics for this campaign.

– To Sérgio Milhano who made the sound mix.

– To Nuno Maló for his support in this whole process.

– To Ricardo Portela (Íngreme) who finished the post-production of the film.

And, of course, to all the children and parents who participated in this project and to many of them who ended up not being in the final assembly: Leonardo, Cecília, Zé, Pedro, Noé, Sara, Mia, Manuel, Vasco, Teresa, Catarina and all other children who made this film. 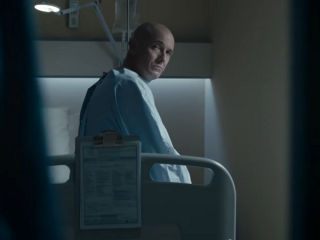 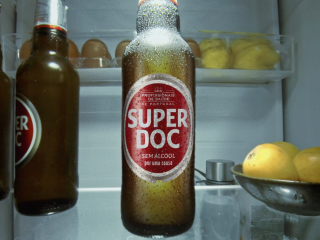