Cristiano Ronaldo launched his own fragrance, Cristiano Ronaldo Legacy, in a partnership with Eden Parfums, which is the company behind the wildly successful One Direction fragrance. On the launch of his first fragrance, he said in an email “I wanted it to have a personal connection and include my name. Legacy is a word that is meaningful to me. It’s about creating a lasting impression and something that people remember you for. It’s what I want to do in both my life and my career.”

His first launched fragrance is already available in thousands of stores around the globe. The brand has already launched in the Middle East, Asia and at retailers in 2016.

The launch of his fragrance was to develop his own brands with companies instead of go for the straight endorsement deal. CR7 underwear which came to market in October 2013 was his first venture, which was in a partnership with JBS Textiles. The underwear line was a huge success with the brand hitting its annual sales target in the first month. He also launched shirts and footwear under the CR7 brand. 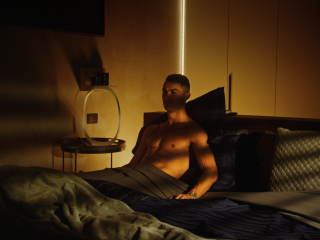