Cristiano Ronaldo, Carolina Deslandes, Miguel Oliveira and João Sousa are some of the protagonists of Altice’s telecommunications operator’s Christmas campaign under the claim “Meo comes with everything”. “In an unprecedented year, in which the country and the world live unique and changing times”, the bet goes through an “energetic, irreverent and grounded Christmas campaign in the territories of the brand’s activities (content, music, entertainment ) ”.

The campaign claim, with creativity signed by Partners, will be materialized in the offer itself, serving as the basis for the launch of new packages “with everything”, namely “unlimited mobile data, net at home at full speed, unlimited fixed calls and premium channels included in the monthly fee”.

With a presence on television, radio, press, point of sale, below-the-line and digital media, with media planning under the responsibility of OMD, the campaign features a “jingle rock n ‘roll, with a lot of humor and the ambassadors Meo as protagonists ”, assuming, describes the brand,“a fantastic characterization and in full personification of diverse universes of global entertainment”. 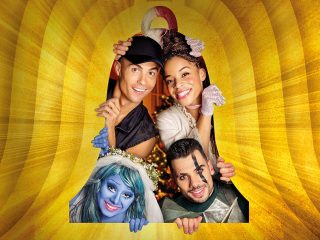 Next Post (n) Briefing | MEO Natal comes with everything