The effectiveness of the Super Doc campaign was proven in terms of communication, sales, reputation and social impact. Who says this is the director of Beer Marketing and Sponsorship of the Super Bock Group, Bruno Albuquerque, for whom efficiency is a constant challenge in a market as competitive as that of beers.

The context was the pandemic caused by Covid-19. The lack of alcohol gel in the National Health Service (SNS) and the desire to play a role in mitigating the crisis was the motto. And the ‘modus operandi’ went through transforming the alcohol taken from the Super Bock Free into a disinfectant gel. This result was reflected in the two Communication Effectiveness Awards recently attributed to the Super Bock Group’s Super Doc campaign.

“I believe that this campaign was distinguished for being differentiating and being well aligned with the unprecedented context in which it was created, the involvement with people and the real impact on society”, begins by explaining Bruno Albuquerque, referring to the gold awards and silver received, respectively, in the “Força do Bem” and “Food and Beverages” categories.

Despite the awareness of the “impact of the campaign, especially for the associated purpose, but also for the results and recognition achieved”, Albuquerque does not hide that there was, however, a “surprise factor” for the distinction “with a campaign that, in its humanitarian genesis, is always a source of pride and enthusiasm. ”

“With Super Doc we tried to build a narrative and act, within the role of the brand, through a real need: the lack of alcohol gel in hospitals. Thus, we had as a major objective to make an effective contribution to mitigating the crisis and this award demonstrates, in fact, that there is recognition in the work we have done for the benefit of society. Communication generated a great organic impact and recognition by the community and health professionals, which naturally fills us with pride ”, he admits.

In addition to having fulfilled “his goals, bringing recognition, generating identification and involvement with his audience”, having “surpassed expectations” and obtained “very positive results”, the Marketing director also says that, “in terms of impact effectiveness is proven ”.

“We were able to donate more than 50,000 liters of alcohol disinfectant gel, help more than 20 hospitals and we reached more than 60,000 health professionals across the country with our initiatives. At the same time, in terms of communication, we have also managed to achieve favorable results. On social media, our content on alcohol gel was the most effective in two years and broke all records by impacting a total of four million people. During the first phase, we were recognized by the Portuguese as one of the most relevant brands in supporting the country, along with brands essential for the normal functioning of society, responsible for essential goods ”, he adds, stressing that he also has Super Bock Free“ strengthened its leadership in the alcohol-free segment. ”

As the “return on investment is one of the indicators for evaluating a campaign”, Bruno Albuquerque believes that, “in this particular case, due to the specifics,” it was something that “translated into both sales and reputation” of the brand. “In a context in which the alcohol-free segment was one of the most negatively impacted by the pandemic, in sales, we registered an additional 6% compared to the same period last year and increased three percentage points of market share. In reputation, we strengthened the brand’s equity and we were recognized by the public as one of the brands that contributed most to the first phase of the pandemic ”, he points out.

Even so, efficiency was still a challenge in a market as competitive as that of beers. “I would say that the market perspective goes well beyond the‘ strictu sensu ’category. Every day we try to create relevance in people’s lives and this forces us to act, for example, at the level of broader territories, as is the case with entertainment or social causes as was the case. But it is very rewarding, particularly when we measure the result of this effectiveness in a campaign like Super Doc. We manage to be effective when we deliver value added proposals to the market, which meet the preferences and needs of our consumers. And this can only be achieved through a culture of strong innovation, focusing on trends, contexts, consumer behavior / profile and also on the responsiveness of a multidisciplinary team like ours, together with our partners, so important in this campaign ”, he stresses.

The implementation of the project, which “arose from the brand’s need and willingness to contribute to society, given the current context, was only possible”, he notes, “with the tireless involvement of the entire team, in record time and collaborating with “from the Super Bock team, as well as from the Office, Ministry of Movies and Initiative partners. “The return of the public, however, was very positive, particularly on the part of health professionals”, highlights the Marketing director. 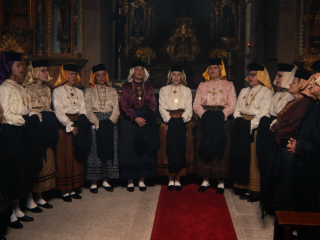 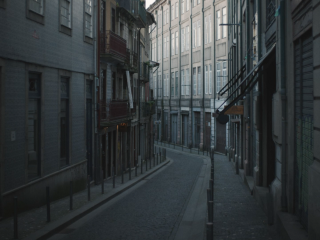